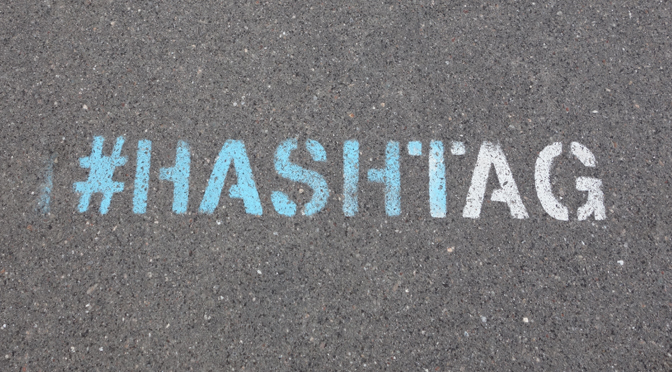 Joining Twitter or trying to find Twitter followers can be an intimidating task. Some brands that have been using Twitter since it was launched in 2006 have had a decade to cultivate a following, while others amass followers simply because they’re already popular and well known outside of social media.

Is being overwhelmed or confused by Twitter preventing you from leveraging it? In my previous post, I discussed the top three mistakes that jewelry brands make when using Twitter. However, this week, I’d like to teach you how to make use of Twitter’s Advanced Search function and hashtags.

Why am I focusing so intensely on Twitter? Well, to be honest, I’ve been focusing a lot of effort on a client’s Twitter account, so I’ve been immersed in Twitter strategies over the past couple of weeks. Using Twitter advanced search and hashtags, I’ve been able to clean up my client’s account, which had barely been used for months, and build a Twitter feed that lends itself to interaction.

My favorite method is with ManageFlitter, a browser-based tool that allows the user to bulk unfollow Twitter users. The free version of ManageFlitter provides 100 unfollows per day, which will or won’t be enough for you depending on how many people you follow.

Once I log into ManageFlitter with my Twitter account, I unfollow inactive users and then I review my “Not Following Back” list. I ask myself if every user who doesn’t follow me back shares valuable enough information that I don’t mind very little potential interaction. Usually, I limit this limit list so that it includes major players or media outlets.

Advanced Search will allow you to search for words and phrases in other users’ tweets. It will also help you define a target by entering a specific location or time period for the tweet.

With Twitter’s Advanced Search, you’re not necessarily seeking customers. You’re also seeking parallel content or content related to your business and industry, so that your timeline will be full of interesting items to retweet. You want to follow users who will inspire you to reply and share.

In addition to using Twitter Advanced Search, I also use one third-party tool called Followerwork. The free version helps users find and connect with Twitter influencers. You can search by keywords in Twitter bios, by location, and by minimum and maximum followers and following. What I like about Followerwonk is that I can sort my list by how many users the account follows. Sometimes I only want to follow users with a small following list or balanced follower/following ratio because I feel like they’ll be more likely to interact with me.

However, you can also find new users to follow by knowing the most popular hashtags in your niche, especially the ones that generate a conversation among users, and then search for them using regular Twitter search.

In my quest to refresh my client’s Twitter account, I decided I wanted the account to follow more wedding-related accounts. I Googled “most popular wedding hashtags” and found a few lists that I explored and tested. I discovered some popular hashtags: #weddinghour, #weddingwednesday, and #weddingday.

When I search for a hashtag, I usually sort the results by clicking “Live” at the top of the page. “Live” will provide a real-time feed of everyone who’s using that hashtag. The advantage of the “Live” feed is that it guarantees the users displayed are active Twitter accounts.

From there, I simply click tweets that appear interesting and genuine (I usually open them in a new tab or window, so I don’t lose my place), and then I decide if the user looks like someone I’d like to follow.

Let’s take this one step further: some hashtags are used as prompts for Twitter chats. For example, #weddingwednesday is considered a Twitter chat because it encourages users to add the hashtag to wedding-related tweets every Wednesday. It creates a virtual meeting place for all users who want to participate.

To join a Twitter chat, you first need to find one that’s related to your specific jewelry niche. Google is a great way to find lists of Twitter chats. Many of them happen at a predetermined time every week, and you can join a conversation and interact with other users by watching the live hashtag feed.

Now, decide what you’d like to see in your Twitter feed and how you’ll leverage the new content to increase your interactions and followers. Do you think these techniques will add to your jewelry digital marketing strategy?

How to Engage Authentically As a Jewelry Brand on Instagram

Tools to Help You Manage Social Media for Your Jewelry Brand