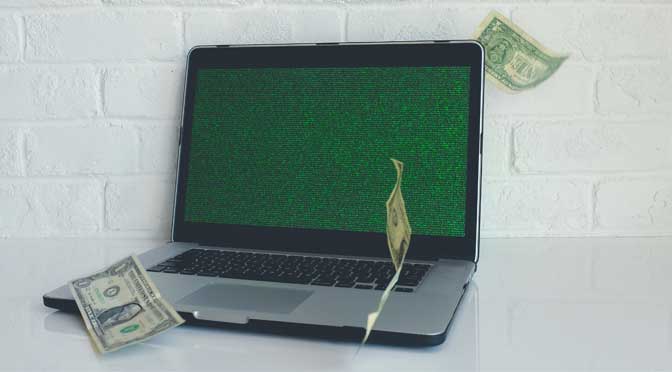 How to Choose the Right Ecommerce Platform for Your Jewelry Brand

If you’re thinking about launching a jewelry ecommerce store in the New Year or moving your ecommerce store to a different platform, you may be wondering about the various platforms and the advantages and disadvantages of each one. In this blog post, we’ll be comparing some of the best-known ecommerce platforms, so you can make an informed decision.

With an open source ecommerce platform, business owners get full access to the code, and they’ll need to find a way to host the site. Some businesses choose open source ecommerce platforms because they include the ability to fully customize the design and layout, the potential for increased security, and the option to choose from a larger selection of third-party integrations. On the other hand, an SaaS ecommerce platform takes care of hosting and offers business owners a “plug and play” solution, so they don’t have to worry as much about maintenance and security.

Magento Open Source – Launched in 2007, Magento is an open-source e-commerce platform written in the PHP programming language. This ecommerce solution “delivers the features you need to build and grow a unique online store from the ground up”, according to the Magento website. Well-known brands like Sergio Rossi and Christian Louboutin use Magento Open Source. Downloading and using the system costs nothing, but you’ll need to hire a developer to help you setup and configure it and a designer to help you customize the user interface. Benefits include control and scalability, flexibility, and robust community support.

According to data from Magento itself, more than 250,000 merchants worldwide use it as their ecommerce platform, and it handles over $155 billion in transactions every year. Please note that these numbers also include merchants using Magento’s other solutions, like Magento Commerce Cloud, which we’ll discuss further below.

WooCommerce – Built on the WordPress content management system, WooCommerce is an open-source ecommerce platform that powers more than 34% of the web. Like Magento, it’s free to download and use. One reason business owners enjoy WooCommerce is because they have a robust content marketing strategy on WordPress, and they’re seeking an ecommerce solution that can integrate seamlessly with their content. Another reason they prefer WooCommerce is because it’s kept lean, so they can add just the features they want. To use WooCommerce, you’ll also need to hire a developer to help you setup and configure it and a designer to help you customize the user interface.

According to stats from Hosting Tribunal, 3,317,205 live websites are currently using WooCommerce, and it powers more than 28% of all online stores.

According to an article from Paul Rogers, “Licensing fees for Magento Commerce start at $23,000 per year, obviously on top of the website build / development costs (agency / developers). I would say that an average Magento Commerce build is likely to be anywhere from $150k – $1m.” As you can probably tell from the pricing, this solution is better suited for an enterprise rather than a small business.

Not only is Shopify affordable, with plans starting at just $29/month, but it’s also very easy to setup and use, with a slim learning curve. Shopify offers a number of free customizable theme layouts. In addition, theme developers sell additional Shopify-approved themes in the Shopify Theme Store. To see examples of small businesses on Shopify, visit this page.

In contrast, Shopify Plus is an enterprise-level ecommerce solution on par with Magento Commerce Cloud, and it’s ideal for brands bringing in $60,000/month or more in sales. As an ecommerce business grows, all aspects of managing it become more complex. Shopify Plus offers businesses a scalable solution.

According to data from Shopify, companies making $1M-500M are growing an average of 126% YoY on Shopify Plus, which is 690% above the ecommerce industry average. More than 5,300 brands use Shopify Plus, with 10,978 checkouts per minute.

In general, I would recommend Shopify to small business owners who want a plug-and-play ecommerce solution that can give them a taste of what it’s like to sell online. Larger businesses will need to assess their budget, challenges, and goals before speaking to an ecommerce web developer to deciding which solution will best help them scale and serve their customers.