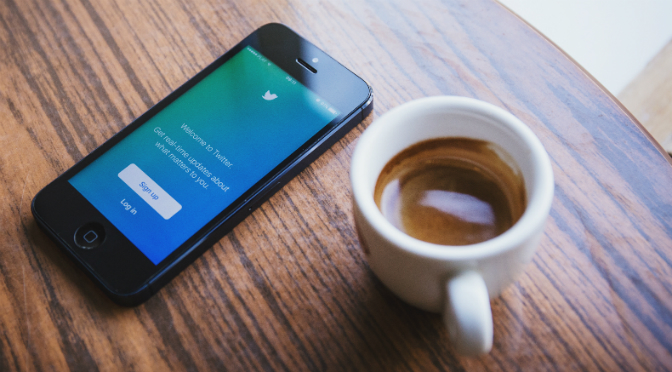 As someone who spends a fair amount of time using Twitter to search for jewelry designers and retailers, I’ve read hundreds of feeds and have seen many approaches to using Twitter for business.

You might feel confused by Twitter, and maybe you’re not sure how to plan a Twitter social media strategy. In this post, I’m going to share three mistakes that jewelry designers and retailers make on Twitter, why these mistakes can sabotage a social media marketing strategy, and how you can avoid making these same mistakes.

In order to use Twitter effectively, you do need to spend time with it daily: about 30 minutes. As someone who manages more than one Twitter account, I try to make posting and interacting fun, and I do it during down time, like when I’m riding my indoor exercise bike!

Your ultimate goal during those 30 minutes is to post interesting content that captures your brand’s voice and to interact and engage with other Twitter users. Few rules exist (you have license to be fully creative), but you should avoid the following Twitter mistakes:

1. Inconsistent posting schedule: Personally, I avoid following Twitter accounts that haven’t posted in more than a week, and I definitely won’t follow an account that hasn’t posted for a month or more. Why would I waste a follow on someone who doesn’t seem to enjoy participating? Furthermore, I can’t expect that account to follow me back if the person managing the account is hardly ever viewing the timeline.

I use the phrase “posting schedule” because it does help to maintain some sort of schedule, especially when you’re maintaining an account for business. By visiting Twitter at the same time each day, you’ll get in the habit of looking at your feed and engaging with other accounts. You should also try to stagger your postings (you can schedule tweets with a service like Hootsuite) so that you remain visible in your followers’ timelines.

2. Keeping to yourself: Too often I see Twitter accounts that simply tweet links to articles, product photos and promos, or information about the brand. However, the accounts never interact with any other user, and the person managing the account never retweets other posted content.

I tend to avoid following accounts that keep to themselves because I can be fairly certain that they will never interact with me. And that’s no fun! I want to meet and connect with people on Twitter, and you should want that too.